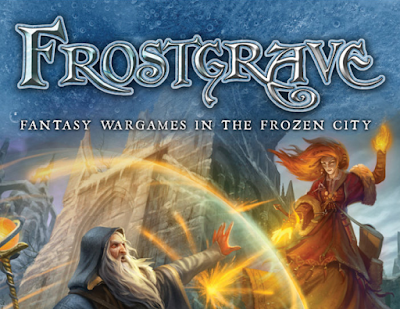 So does your gaming group also have that one guy whom goes completely overboard with every new shiny game that comes along? Well, that guy is luckily not me as I do not have the extra disposable income that my overboard friend has so I will always wait to see a new game played in front of me before I make a decision to invest or not. I'm always skeptical of new games even though my gaming club had suddenly, out of nowhere, exploded with about 8 people picking up Frostgrave within a matter of weeks.

And there I was one day watching two of my friends playing a game of Frostgrave in front of me and from the very beginning I was impressed. Spells were being cast and combats being fought as two small warbands tried to out do the other and get away with as many treasures as they could on a 3'x 3' table filled with lots of ruins. The most impressive thing was the D20 mechanics of the game - they were so quick and simple yet they made a lot of sense so not to spoil any realism. But the most impressive thing is what happened last. After the game both friends started rolling on charts to see if fallen soldiers survived, how much treasure was earned, what magical items they found and then they calculated experience points to level up their wizards. 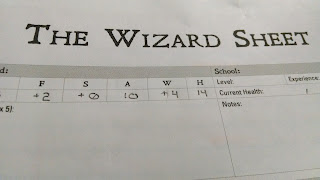 Yes, boys and girls, this is no typical skirmish wargame, this is a skirmish RPG where each game has consequences for the next game. You will get to lead your wizard and warband through a a whole campaign of games where mercenaries need to be paid, home bases have to be improved and wizards level up. And that's not all, because your gold is a very precious resource that must be carefully spent on magic items, spells, soldier replacement and filling reserve coffers for when things go badly.

Hey, what can I say? I'm hooked. A skirmish wargame with easy, yet likeable, rules and a campaign to be adventured through? Yes, please. As I write this post, my club is already into week two of  Frostgrave's Thaw of the Lich Lord campaign. Details on my wizard and warband to come.

Email ThisBlogThis!Share to TwitterShare to FacebookShare to Pinterest
Labels: frostgrave 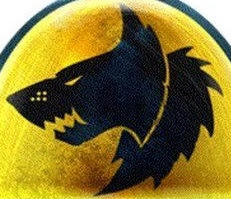 This reminds me that I am alive.
Beer and Boobs. 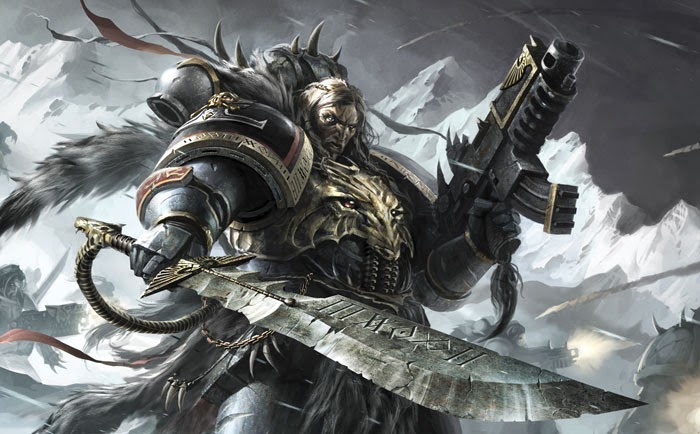